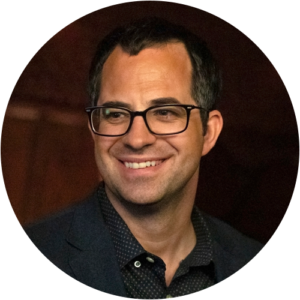 Dr. Jay Van Bavel is an Associate Professor of Psychology and Neural Science with an affiliation at the Stern School of Business in Management and Organizations at New York University. Prior to coming to NYU, Jay completed his PhD at the University of Toronto. He is the author of “The Power of Us: Harnessing our social identities to improve performance, increase cooperation, and promote social harmony” (with Dominic Packer).

Jay’s is the Director of the NYU Social Identity & Morality Lab and has won several awards for his research on how collective concerns shape the brain and behavior. From neurons to social networks, he has published over 100 academic papers on the psychology and neuroscience of implicit bias, diversity and inclusion, group identity, team performance, cooperation, decision-making, and public health. His research has been cited in the US Supreme Court and Senate, and United Nations.

Jay has written about his research for the public in the BBC, Harvard Business Review, New York Times, Wall Street Journal, Washington Post, and Scientific American. He has appeared on Through the Wormhole (with Morgan Freeman), Why We Hate (by Stephen Spielberg), CBC News, MSNBC, and NBC News, been interviewed on NPR, WNYC, and Bloomberg News, and had his research featured in international media. He also writes a career advice column for Science Magazine.

Jay teaches one the largest courses at NYU and recently received the Golden Dozen Teaching Award. He has given invited talks and keynotes at many of the top psychology departments and business schools (e.g., Stanford, Harvard, Columbia, Oxford), international conferences (e.g., TEDx, World Health Organization, World Science Festival), and numerous Fortune 500 companies (e.g., Amazon, General Mills, Uber, Merck, Gilead). He is currently a Senior Scientist at the Neuroleadership Institute and former Editor-in-Chief of the Neuroleadership Journal.