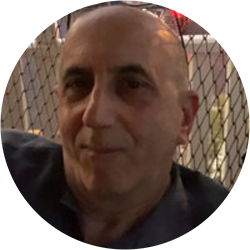 Art Kleiner is an editor, writer and commentator on a variety of management topics, including neuroscience and leadership. He is the editor-in-chief of PwC Global and the editor-in-chief strategy+business, PwC’s award winning management magazine, with a circulation of 1.3 million. He has held that position since 2005; he and the magazine joined PwC in 2014 with the acquisition of Booz & Company. As editor, he commissioned and published the first major article on neuroleadership, “The Neuroscience of Leadership” by Jeffrey Schwartz and David Rock (2006). He is the coauthor, with Schwartz and executive coach Josie Thomson, of The Wise Advocate: The Inner Voice of Strategic Leadership (Columbia University Press, 2019). Previously, Kleiner was an editor on the Whole Earth Catalog, the editorial director of Peter Senge’s bestselling Fifth Discipline Fieldbook series and a longstanding faculty member at New York University’s Interactive Telecommunications Program, part of the School of the Arts, where he taught the future of new media. His books include The Age of Heretics (1996, 2010) and Who Really Matters? (2003). His relationship with the NeuroLeadership Institute dates back to the mid-2000s, when he helped organize some of the early neuroleadership summits.